Your Own Book Shop for a Week- Read, listen and learn a little English!

By MichaelMaggs (Own work) [CC BY-SA 3.0 (http://creativecommons.org/licenses/by-sa/3.0)%5D, via Wikimedia Commons

Have you ever dreamed of running a bookshop? You can have a go for a week at the Open Book Store in Wigton, Scotland. In fact, if you book a holiday at the self-catering flat on Airbnb, you also have to work for 40 hours in the bookshop downstairs. A week in the flat costs £150. You won’t get paid for working, but you can use your own creative ideas to sell books and gain valuable experience. Wigton is Scotland’s national book town and this new venture is attracting interest from all over the world.

Would you like to run or work in a Book shop? Why/ why not?

have a go- try

self-catering flat- a holiday apartment with a kitchen

Spend an Evening in Prison- Read, listen and learn a little English! 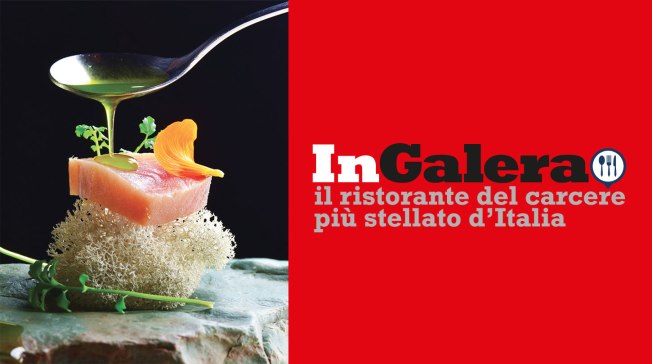 Few people would choose a prison as the location for a special evening out. However, Italy has launched its first restaurant to be located in a real jail.  At the Ingalera Restaurant in Bollate prison, Milan, there are four prisoners working as waiters and five others cooking in the kitchen, headed by a professional chef and a maître. It is a ground-breaking project, which allows prisoners to be gradually included into society. The reataurant has had great reviews: everyone says the food is worth going to prison for.

Have you ever been inside a prison?

Read by Ines Reynoso (from Mexico).

Read about this story in The New York Times

An Italian Holiday Home for One Euro – Read, listen and learn a little English!

By Azotoliquido (Own work) [GFDL (http://www.gnu.org/copyleft/fdl.html)

Picturesque- pretty
Too good to be true– unrealistic, unbelievable
Catch- a slight problem
Renovate- repair and restore
Within- during this time
Came up with- thought of
Poverty- poor economic conditions
NEW:  TINY TEXTS VOCAB CHALLENGE CARDS

Do the takeaway test: An Italian Holiday Home for One Euro.

The statue of the Duke of Wellington outside the Glasgow Museum of Modern Art in Glasgow, Scotland, with a traffic cone on his head.  (Photo credit: Wikipedia)

The people of Glasgow have managed to convince the city council not to kill off a much-loved tradition.  For years, locals have repeatedly placed a traffic cone on the Duke of Wellington’s head  (on a statue of the Duke on his horse). The council complained that it cost £100 a time to have the cone removed and revealed plans to raise the statue to stop people from climbing up.   The people responded by launching a petition, which gathered 10,613 signatures in less than 24 hours.  The petition organizers said ‘The cone on Wellington’s head is an iconic part of Glasgow’s heritage.’

Kill off– end
Repeatedly– over and over again
Complained– said they were not happy
Raise– lift, make higher
Launch a petition– collect a list of signatures to protest against something
Gathered– collected
Iconic– famous, representative
Heritage– culture

Do the takeaway test: Glasgow Keeps its Cone

CNN has chosen Scotland as this year’s best tourist destination. The dramatic scenery from the film ‘Skyfall’ has made people wish to see it for themselves. Lonely Planet, on the other hand, suggests Rio, Brazil as the best value option. They recommend going there before prices rise for the 2014 World cup and 2016 Olympic Games.

The Rough Guide hotlist number one is Stockholm, in Sweden where the official ABBA museum is set to open shortly. Other suggestions include Dubrovnik, Porto Rico and surprisingly, the English seaside town of Margate. So what’s your must-see destination for this year?

Dramatic– stunning, beautiful
Wish– desire
On the other hand– on the contrary
Best value– most for your money
Recommend– suggest
Rise– go up
Hotlist– list of top destinations
Set to– planned to
Shortly– soon
Surprisingly– unexpectedly
Must-see– top, number one choice

A mystic mountain in Serbia is becoming a popular destination for people who believe that the world will end on December 21st.  Hotels at its base are being inundated with booking requests.  The mountain is pyramid-shaped and many people believe that it conceals a building left behind by alien visitors thousands of years ago.  They say that it emits a special energy that could protect them from the apocalypse.  Scholars of Mayan civilisation say that people have wrongly interpreted the Mayan calendar and that the world will not be destroyed. However, this has not stopped fears from spreading.

Do the takeaway test: Apocalypse Believers head for Mystic Mountain

Listen on audioboo (and subscribe to itunes podcast) here

Royals get Crash Course in all things Kiwi- Read, listen and learn a little English!

During their recent visit to New Zealand, Prince Charles and his wife Camilla were given a crash course in all things Kiwi (that’s a nickname for anything which originates from New Zealand, like the Kiwi bird).  The royal couple met indigenous Maori and Charles said “Kia ora”, a traditional Maori  greeting.  Camilla tried to do a “hongi”, another traditional greeting in

which two people press their noses together. She had some difficulty because she was wearing a very large hat.  The couple also attended a children’s show starring Hairy Maclary, a fictional dog.  The only disappointment for the prince was that he didn’t have time to try another two Kiwi inventions: zorbing and bungee jumping.

Do the takeaway test: Royals get Crash Course in all things Kiwi

Do you look like yourself in your passport photo?

A study by researchers at Glasgow University has shown that people are unrecognisable in their passport photos because they are not allowed to smile.  Biometric passports, which were introduced in 2006, require a serious expression: no grinning or smiling is allowed.  They use information about the face to identify people, such as the distance between the eyes and the position of the nose and mouth.  However, it has been shown that this serious expression makes it extremely difficult for a stranger to recognize a face.  The study concludes that checking passport photos may not be the best way to spot imposters at border controls.

Grinning – smiling with your teeth showing

Do the takeaway test: passport photos

Do you love New York?  Read on…

If you own an original ‘I love New York’ T-shirt, mug or key ring, hold onto it.  It could soon become a collector’s piece.  The Governor of New York has launched a campaign inviting tourists and locals to replace the red heart symbol with whatever they think most represents the city.  Apparently, the logo needs a makeover because it has lost its meaning.

It has become a cliché.  In fact, you can find ‘I heart something’ on products all over the world. Some of the suggestions have caused controversy, such as a slice of pizza or a beach ball.  New Yorkers and the original designer of the logo are not impressed.  Let’s face it, ‘I pizza New York’ just doesn’t work.  Let’s hope they come up with a better idea soon.

Key Ring–  a holder for keys

Let’s face it– accept the facts

Come up with– think of / invent

Do the takeaway test: New York

Listen on audioboo (and subscribe to itunes podcast) here